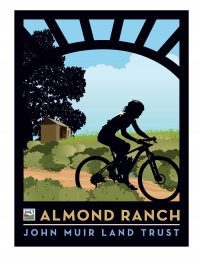 Almond Ranch abuts Mount Wanda and Sky Ranch, two properties conserved by JMLT along Franklin Ridge. Here are sweeping views of the Carquinez Strait and Bay Delta region to the north, Mount Diablo and the distant Sierra Nevada to the east, the rolling hills of Briones Regional Park to the south, and San Francisco Bay to the west. The land’s varied terrain includes hilly grasslands, forested valleys, scrub plant communities and riparian areas. The tallest peak rises to 800 feet —about 300 feet higher than Mount Wanda. 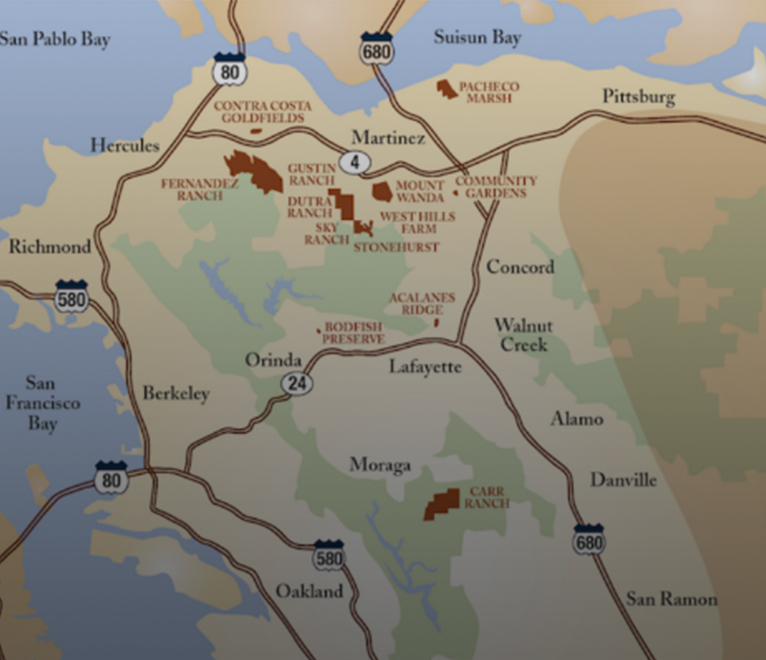 Opening Almond Ranch for public recreation connects major trails for the first time. The visionary Bay Area Ridge Trail is a 550-mile loop that circumnavigates the entire San Francisco Bay. It once stopped at the property line, with no viable alternative route. Acquiring the ranch means that the closed gate across the trail is unlocked. The property was one of the two remaining acquisitions needed to complete the 50-mile Carquinez Strait Scenic Trail, a beautiful loop around the waters and atop the rolling hills of two counties. The property serves visitors to the John Muir National Historic Site via Mount Wanda, providing hours of new trails and places to explore.

Almond Ranch connects three huge conserved landscapes: the Carquinez Strait Regional Shoreline and Radke Martinez Regional Shoreline (1,758 acres to the north), Briones Regional Park (6,255 acres to the south), and the 10,000-acre area to the west known as the Franklin Ridge Wildlife and Trail Corridor. This keystone property unites six previous JMLT acquisitions into a 1,285-acre landscape in the sky. 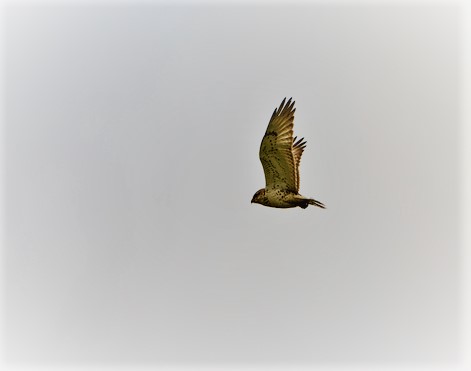 These scrub and oak-bay woodlands, grasslands, and riparian areas provide diverse habitat for native, rare, and special-status species. The land is designated critical habitat for the Alameda whipsnake, a federally threatened species. Stock ponds on the ranch harbor another threatened species: the California red-legged frog. By completing an intact corridor along Franklin Ridge the property supports essential predators such as mountain lions, American badgers, and gray foxes. The stunning raptors patrolling overhead include golden eagles, white-tailed kites and various species of hawks.

As part of the Alhambra Creek Watershed in the Franklin Ridge, Almond Ranch protects the quality of water in the area and the stability of the ecosystem. The headwaters of Strentzel Creek are situated here. This seasonal stream meanders on and off the property, winding its way onto West Hills Farm and Mount Wanda before flowing into Alhambra Creek and from there to the bay. Named after Dr. John Strentzel, John Muir’s father-in-law, the waterway and associated stock ponds, seeps and springs nourish plants, trees and animals.

Almond Ranch has been a cattle ranch since the mid-1800s, a part of the long ranching history in the area. John Muir owned adjacent property, and he explored this area with his daughters Wanda and Helen.

Funds for the acquisition came from three main sources. The Campaign To Save Almond Ranch was launched with a commitment of $1 million from the East Bay Regional Park District (EBRPD) using funds generated by voters’ approval of Measure WW in 2008 for priority community park projects. In August, 2019 JMLT received $2 million from the California Wildlife Conservation Board (WCB).

Donations from thousands of individuals provided the final $1 million. The residents of the nearby neighborhood of Stonehurst contributed $250,000, readers of the popular wildlife newspaper column written by Joan Morris sent a flood of donations and letters, and a generous anonymous donor made a $100,000 challenge match gift that closed the gap.

GETTING TO ALMOND RANCH

The trails and rolling hills of Almond Ranch are now open to hikers, dog walkers, cyclists, bird watchers, equestrians, and nature lovers of all ages. The property can be accessed via three separate trail heads: 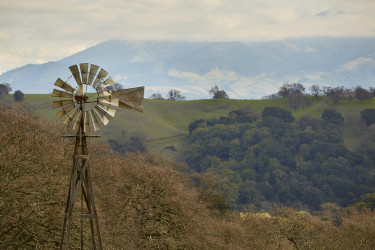 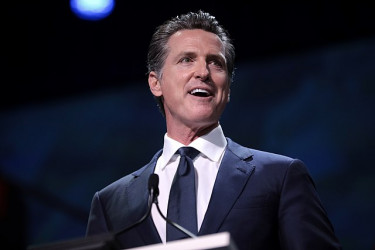 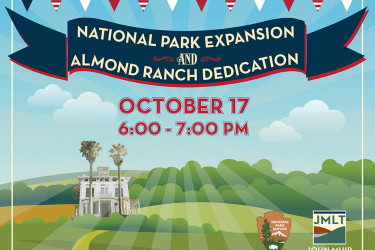 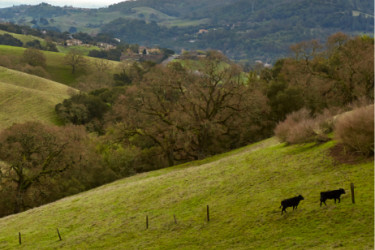 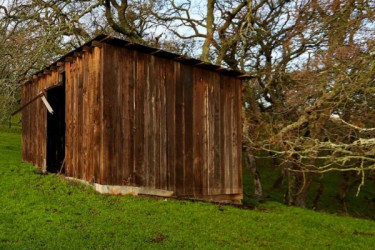 John Muir Land Trust nearing a goal for Almond Ranch, thanks to readers 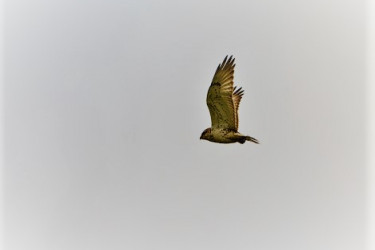 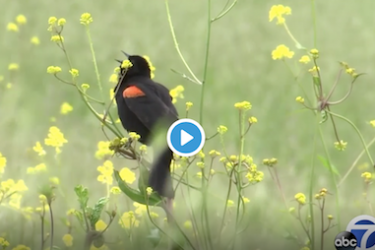 Can you help with the drive to preserve land and save wildlife?